I was one of the many, many kids who saw Jurassic Park in theaters back in 1993. I loved it so much, in fact, that I saw it seven times in theaters. I was obsessed. I had the toys, I wanted to be a paleontologist, and anytime my family went on a long car ride where there were trees lining the highway, I would imagine a tyrannosaurus rex bursting through the treeline. When I saw any kind of fern or remotely tropical-looking plant, I’d wish I could have a huge yard filled with them, so I could have a real jungle for my toy dinos to play in. A quarter of a century later, Jurassic World Evolution would give me that opportunity, in digital form.

The bar for Jurassic Park games is not too high, to be frank. Of the games I’ve played, the SNES Jurassic Park was an okay but not great adventure game, the Sega Genesis version was beautiful but otherwise clunky and forgettable, and the Lost World games for both PlayStation and the arcade (different games, same title) were also visually appealing, and the gameplay for both was pretty decent, but ultimately neither was anything too special.

Is this why I loved Jurassic World Evolution so much? Because its predecessors shined less brightly? I don’t think so. I heard a game reviewer on a podcast say that Evolution was “a good game, but not a good Jurassic Park game.” I disagree. It’s not perfect. There could be more park options and sometimes the building tools were a wee bit wonky. But the game captures the magic of an island filled with dinosaurs in a way that no other JP game has.

I think many of the earlier games shared a problem with Jurassic Park III: they forget that the dinosaurs are the stars. Sure, we all loved Drs. Sattler, Malcolm, and Grant, but we went back to the theater and we bought the toys and we wore the t-shirts because of the raptors and the t-rex and the veggiesauruses (none of whom held doctorate degrees, to my knowledge). In The Lost World, Spielberg realizes that the dinos are the real heroes, so the plot revolves largely around saving and protecting a baby t-rex and its parents. In JP III, one of the first scenes we are treated to is a showdown between a spinosaurus (Newer! Bigger! Meaner!) and our beloved t-rex, in which the spinosaurus wins easily, tossing the t-rex aside like it was nothing. We are supposed to feel a sense of fear and foreboding, the tone set by the introduction of a new villain… but I have trouble believing I was the only person that felt a little sad and kind of angry. Can you imagine if Temple of Doom had started with a younger, buffer adventurer snapping Indiana Jones’s neck and throwing him aside? You don’t kill your showpieces off to make a point.

The next film in the series, Jurassic World, addresses this, as the narrative is essentially about greedy big-wigs who think a newer, bigger, flashier dinosaur is what people want to see, only to have it almost destroy their brand. Who saves the day? The t-rex and the raptors. The real stars of the series. And then Jurassic World: Fallen Kingdom forgets the lesson all over again, but that’s neither here nor there. My point is that many of the games in the series make the dinosaurs out to be typical villains, meant to be dispatched without much thought. Jurassic World Evolution is probably not the Jurassic Park game that we want (that would probably be a Tomb Raider/Uncharted-like adventure through the various famous islands, right?), but it gives us the opportunity to birth, raise, and care for the stars of one of our favorite film franchises. It respects your will to have them fight, if you want, but you can also create the most dino-friendly parks possible. I think that’s why I ended up liking this game so much and playing the hell out of it.

I unlocked Isla Nublar very early, and as the only island where you get infinite money and no missions to bog you down, I decided to save it for my last park. I didn’t particularly enjoy all of the missions that take place on the other islands, which are required in order to unlock all of the dinosaurs and other things, but I generally liked the challenges that some of them brought. It was rewarding to overcome a ravaging storm or treat a dino-virus before it spread. When I finished every mission and was happy with all of my parks, I set up “a kind of biological preserve,” as Hammond once said, on Isla Nublar. No guest shops, monorails, viewing platforms, or restaurants. Just five of the biggest paddocks I could make, a small support sector, and lots of dinosaurs.

I gave the t-rex her own paddock, of course, and I had a pack of five raptors with their own pen.  I decided to hatch an indoraptor and give her her own space, too. The last two paddocks were filled with lots of herbivores: one pen with a few types of sauropods and smaller dinos, and another with medium, anti-social dinosaurs like sauropelta and stygimoloch. They had lots of food, water, grassland, and forest, and when I left them they were all happy and healthy. Farewell… to Jurassic Park. 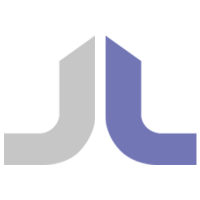 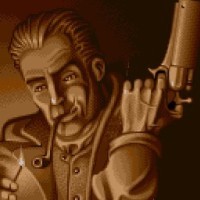