When I was writing my top 20 list for this site, I was constantly wavering between games that I thought were objectively great and games that I had a special, personal experience with. I struggle with that every time I make a list or share my favorite video game/movie/book with people, and I’ve been thinking about it a lot as I make my way through Assassin’s Creed: Syndicate.

So far, Syndicate is as good as I’ve come to expect from an Assassin’s Creed game. The graphics and dedication to environmental detail is superb, the controls are fluid and intuitive, and the combat feels like a well-choreographed dance (when I get in the groove, anyway). With two years and as many AC games between it and Black Flag, it should be a better game. It is, arguably. The graphics are a bit better, the interface is slightly improved, there are some new features. It’s not hitting me as hard as Black Flag, though. I can play Syndicate for a couple of hours and be satisfied with putting the controller down. With Black Flag, I didn’t want to stop playing. Like, ever. I would play for hours, convincing myself I needed to sleep and maybe shower before jumping right back to my swashbuckling adventures. I thought about playing it when I wasn’t playing it. I dreamed about it. I was legitimately sad when I approached 100% completion.

So what is it that’s so different? Black Flag does have the advantage when it comes to setting. As gorgeously rendered as Syndicate’s Victorian London is, it’s, well, Victorian London. Dim, dirty, and drearily urban. Black Flag had some urban areas, but it was the vast, bright, sparkling Caribbean seas and islands that I most vividly remember. I could do all of the same building hopping and street stalking I can do in Syndicate, but then I could hop on my very own pirate ship and sail into the eye of a vicious tropical storm.

But can setting really impact my experience with a game that much? It could also have been when I played Black Flag, which was the winter break just after buying my PS4 at launch. So it was an exciting time, because I had time to devote to games and Black Flag was one of my first of the new generation of consoles. Sometimes I can feel pressure to rush through as many games as I can during the breaks between semesters, but I only had a few PS4 games so I gave myself plenty of time to dedicate to playing them. How much does this ‘right place, right time’ factor affect my reception of games? A lot, I would venture to guess. When I reflect on games that I’ve had a strong reaction to (Dragon Quest VIII, Fallout 3, Star Wars: Knights of the Old Republic), I remember the actual act of playing them in addition to the games themselves. The time surrounding their playing seems special in some way. There was a sense of freedom and excitement, despite what my life was like surrounding the game. If I had played any of them, or Black Flag, at a different time, with different expectations/priorities/distractions, would I have become as invested? It seems impossible to know, but the logical part of my brain says that I probably wouldn’t have been ‘pulled in’ or immersed as deeply in some situations. I probably would have liked them, sure, but if I hadn’t had hours to spend playing Dragon Quest VIII while I was on leave, or Fallout 3 when I was job hunting, or Black Flag when I was on break, I probably would not have become as obsessed and overwhelmed by the worlds they presented me with.

Much of this is pointless, I understand that. Who really cares what makes a game a favorite? But it’s interesting to think about, and I do so pretty often, especially as I age and talk with younger gamers about experiences they might not be able to fully appreciate (the transition from 2D to 3D games, for instance). Someone could play Mario Kart 64 and Mario Kart: Double Dash back to back and make the obvious judgement that Double Dash is a better game. It’s a much smoother experience, thanks to improved frame rate, the graphics are much improved, there is more diversity in the gameplay, etc. And I would agree with them. Double Dash is a better game. But there is too much magic surrounding the time I spent with Mario Kart 64 for it to be that simple. I liked Mario Kart 64 more in the moment. If I hadn’t played it when it came out and played it just before I tried Double Dash, I’m sure I would had a completely different opinion of it.

I don’t have a point that I’m working toward here, I’m just sort of talking (or, uh, typing) to myself. The question that often spawns these types of thoughts for me is “what is your favorite game of all time?” Will any game ever unseat my current favorite, Chrono Trigger? I have played better games, probably. I will play better games. But time and nostalgia and that nameless sense of timeless magic will likely prevent me from ever ‘liking’ a game more. 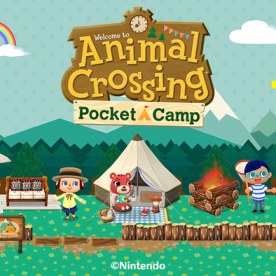 smarshc.wordpress.com/
A Dame’s Gotta Game - A fun blog with a focus on gaming, collecting, & pop culture.
Why We Play Games