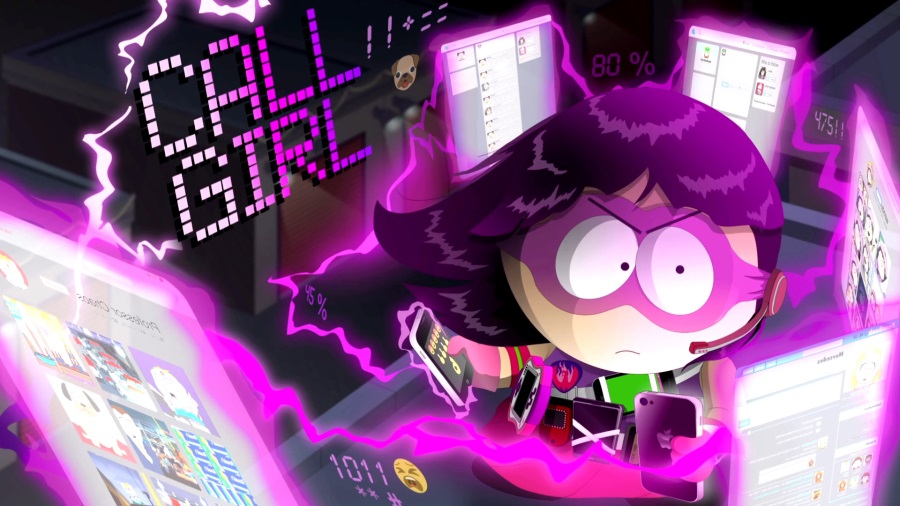 When South Park first aired in 1997, it was kind of a sensation. It was one of those cultural bombshells that seem to come out of nowhere. After the first few episodes, I remember sharing jokes with kids at school, classmates I’d never even talked to, because the show’s humor was so new and shocking that you couldn’t help but laugh at the singing turd or the cursing kids. I watched the first few seasons pretty religiously, I saw Bigger, Longer, and Uncut in theaters, and I even rented the N64 game several times, but eventually the humor that comes with the shock faded. It was still funny, sure, but shock value is worth something, and once that was gone I found myself only passively interested in the show.

Fast forward to October of 2017. The second South Park RPG, The Fractured but Whole is releasing in a month filled with great games. The game is getting a lot of buzz, and when I see it on sale for half off and a free download code for the first game, I have to grab it. Even if I’m not so into the show anymore, the games seem like fun and $30 for two RPGs is too hard to pass up.

Over these last few weeks of summer break I’ve been trying my damnedest to burn through as much of my backlog as possible before what promises to be one of my busiest semesters yet, so I recently played both The Stick of Truth and The Fractured but Whole back-to-back. I enjoyed them both, but it was sort of an odd experience in that they both look very similar but have very different mechanics and systems. They both very much make you feel like you’re playing in an episode of the show, which is something I can’t say any other game I’ve played has done. It took me a good hour to get used to my character bouncing when I walked because it’s so unlike character movement in other games (but exactly like character movement on the show).

[NSFW images and some spoilers ahead] 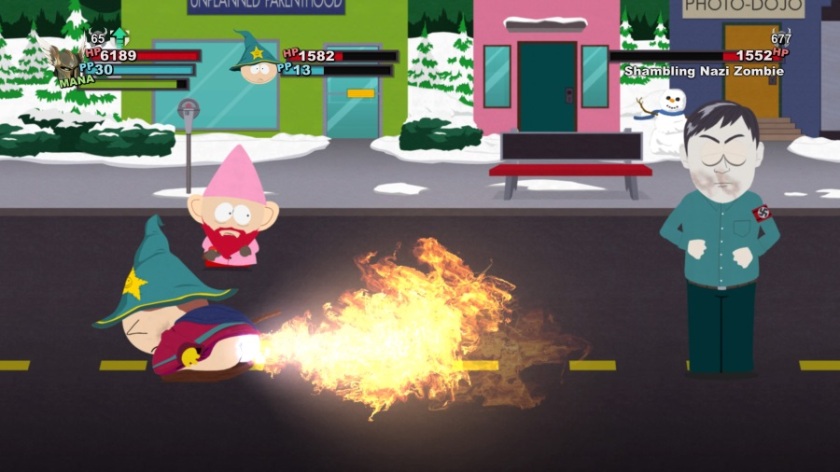 Aside from being very much like the show, one of the things I like about both games is that they do a great job of putting you in the shoes of kids being kids. Yes, there are aliens and gnomes and singing logs of feces, but the games do what video games rarely do and let you play the role of a kid roleplaying the kinds of things that most other video games are actually about: fantasy adventure and superhero stuff. These kids have a lot more resources than I did as a kid, but I found a lot of joy in the inventive ways that they brought their make-believe worlds to life (cardboard dragons, basement lairs, home-made costumes, etc.). One of my favorite jokes was the constant interruptions of passing cars if you engaged in combat in the street. It didn’t matter how serious your foe, or if there were bodies covered in blood on the field, if someone yelled “car!” everyone got up, moved to the sidewalk, the driver would yell as they passed, and then everyone took their places and resumed play. This was so funny to me because it rang so true to the experience of being a kid and playing on such a massive scale.

It was that charm that provided most of moments that made me smile or chuckle, but there was still a lot of traditional South Park shock humor, and something I noted was that the first game had a lot more of it. I mean, a lot more. It seems like every proverbial corner you turn in Stick of Truth there is some crude, gross, or sexual joke waiting for you. There is one scene in particular that I’m seriously surprised made it past the ESRB. After being shrunk down to the size of an underpants gnome, you eventually find yourself in your parent’s room. At night. And they decide to have sex. Because, South Park. And of course I stood there in shock and took a few seconds to take a screenshot, then got a trophy called “Perverted” for watching my parents having sex for a minute, so thanks for that, Ubisoft. The fun didn’t end there, though. Oh, no. Of course not. Of course you next find yourself in the middle of a fight, on the bed, under your parents, who are obliviously still having sex. So as you’re battling, your mom’s breast is swinging back and forth above you, and every now and then you have to dodge your dad’s balls as they swing toward you. I mentioned before that South Park had stopped shocking me, but this scene got me. It was a whole series of constantly elevated “WTFs!”

There were plenty of other crude jokes, some hit, some missed. The Fractured but Whole was surprisingly a lot less gratuitous about sex, but not devoid of explicit humor. The two differences between the games that I noticed almost immediately were the new combat system and, less importantly, a lack of visual detail for random objects/junk. In the first game, every item you found had its own image and description. It was so fun to look through them as I collected them, and I even saved some in my chest in my room. In the second game, probably to save some development time, objects were not drawn, so that was a bit of a bummer. The combat was changed from straightforward turn-based to grid-based strategy, but both were perfectly fine. Most of my enjoyment came from exploring the town and seeing so many familiar (and a few unfamiliar) South Park characters, though. 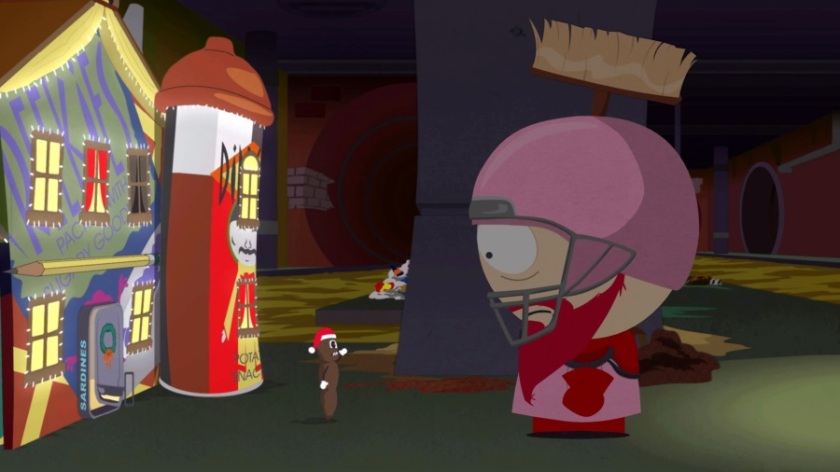 Given the reportedly tumultuous development of these games, and the extra layer of scrutiny that comes with the heavy involvement of the showrunners, it seems like it may be a while before we see another entry into the series, if we are lucky enough to get one at all. I liked these games enough to hope that that’s not the case, though. I found their satire of fantasy and (especially) superhero tropes highly entertaining, so I, for one, will be in line to pick a new game up. Maybe I’ll even pay full price next time. 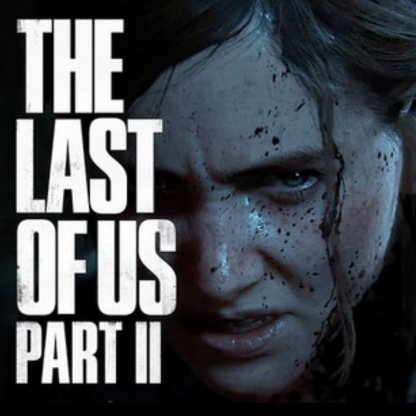 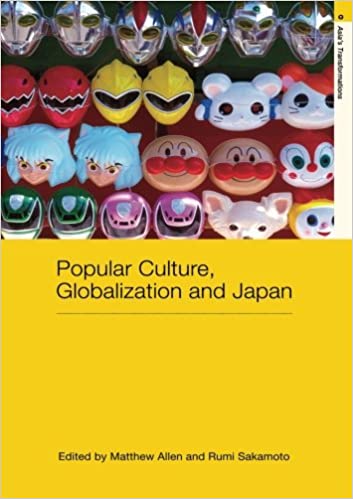